Dried fish roe – perfect delicacy
One of the ways to consume dried fish roe is without any additions. In that case there is a plate full of Bottarga dried fish roe. Each person can cut himself a slice, and simply eat it. Of course there is the possibility to combine the dried fish roe together with a Mediterranean alcoholic drink such as a small glass of Arak. Bottarga is a wonderful delicacy, that can accommodate those who are looking for a light snack on a hot summer day, when sitting on the balcony. This version of the Bottarga, is more common in the North African areas, where dried fish roe are consumed more freely. However, in the Southern part of Italy, it is customary to consume dried fish roe in a very different way. In the south of Italy, just like in the whole of Italy, the customary main dish is pasta. Because in the south of Italy it is easy and comfortable to fish and prepare dried fish roe, they very quickly became a popular addition to pasta. Today it is possible to find recipes for pasta with dried fish roe in different variations. Mainly with olive oil or butter, depends on the type of fish that was used for the dried fish roe. Of course there are many different variations, original and surprising, of delicious dried fish roe recipes’ all around the world. There are even recipes for special Bottarga butter or spreads, all around the world. 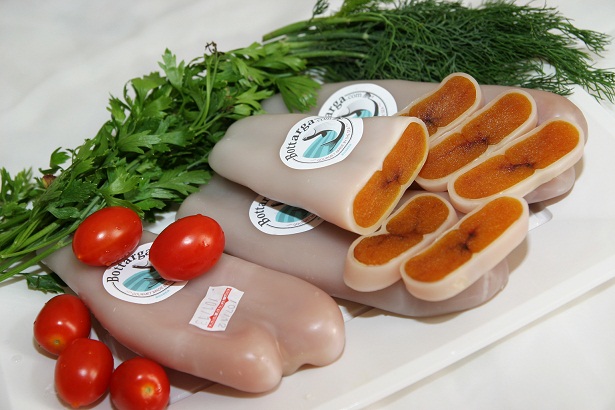